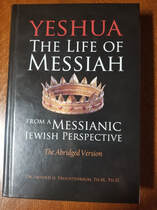 "You can approach your bible study from two ways:
as a Geographical approach or a Thematic approach

​Geographical - where the focus is on WHERE Jesus did WHAT, rather than the reason or motivation for His actions and teaches.
It divides Jesus' life by various regions in which He acted such as "Greater Galilean Ministry" or the "later Judean Ministry.
The results of this focus is that the gospels are seen as a series of individual teachings and we fail to see the correlation between the various events and teachings of His life.

2. " Each writer had a different "audience" in mind and a "theme" that he wanted to develop that would relate to that audience. So the writer chose events and teachings relevant to his theme and audience."
Before you read a gospel write out what the
a. theme of the book is about
b. who the prime audience was
c. the backdrop/background of that time
d. what the emphasis the writer wants to make

EXAMPLE
Matthew (one of the 12 disciples)
Theme:  Jesus, Yeshua, the Messiah-King of the Jews
Prime Audience:  The Jewish believers of the dispersion (after church established)
Background - Roman Occupation in the Land
Emphasis: Kingly characteristics & actions